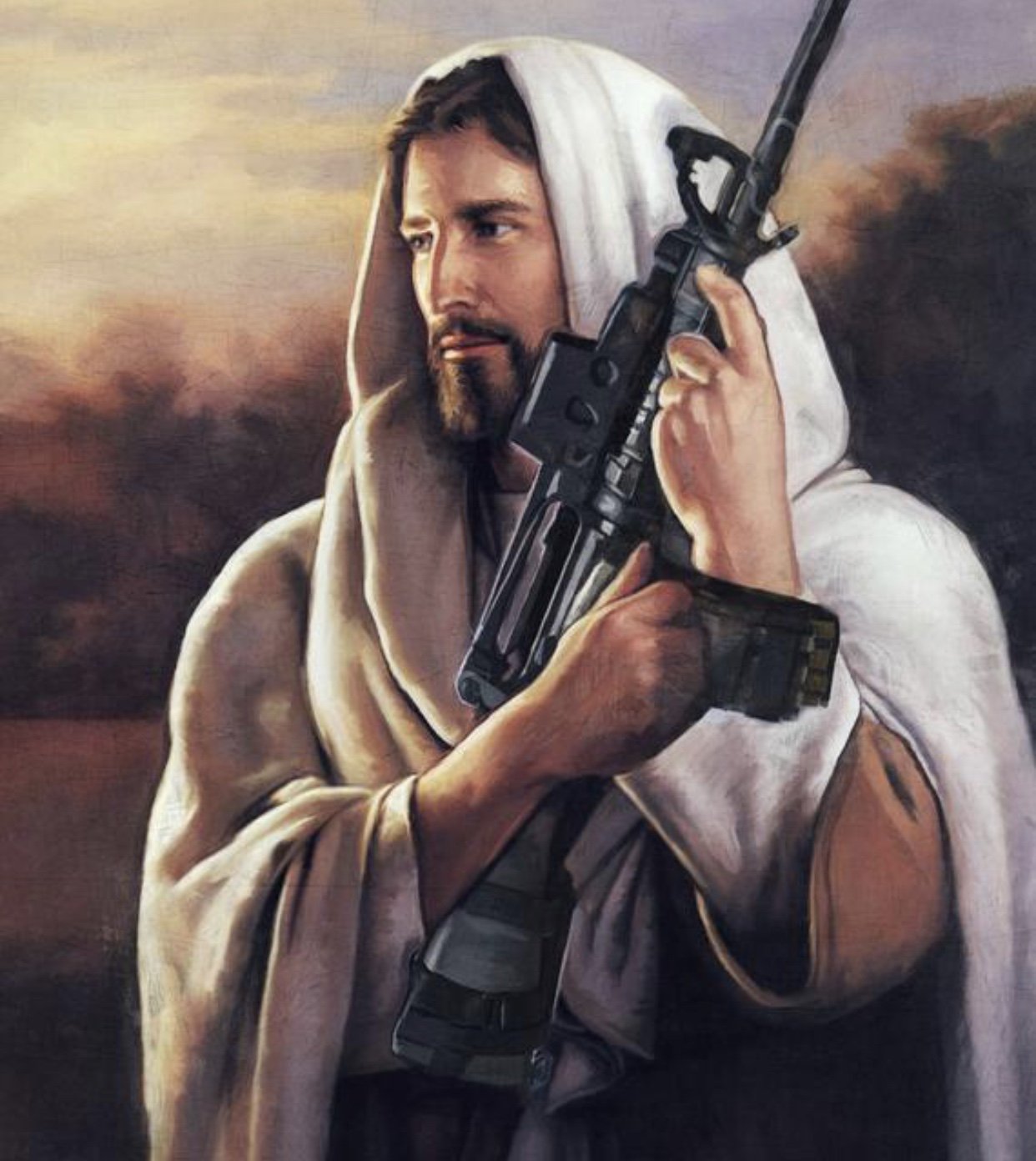 Wanting to clear up any confusion her recent tweets about immigration may have caused among her Christian followers, Governor Kristi Noem announced that she discovered a long lost piece of scripture. In the newly discovered “Gospel of Steve” Jesus uses an assault rifle to defend the United States against a wave of immigrant children flooding over the southern border.

“Historians have long debated what kind of gun Jesus would use to fight off starving children. Leading many to speculate he might have even used a sawed off 12-gauge like some kind of Fudd. But today we can confirm that the king of kings is an AR man.” Governor Noem proclaimed as she drank dark wine from a goblet made out of the skull cap of a poor person.