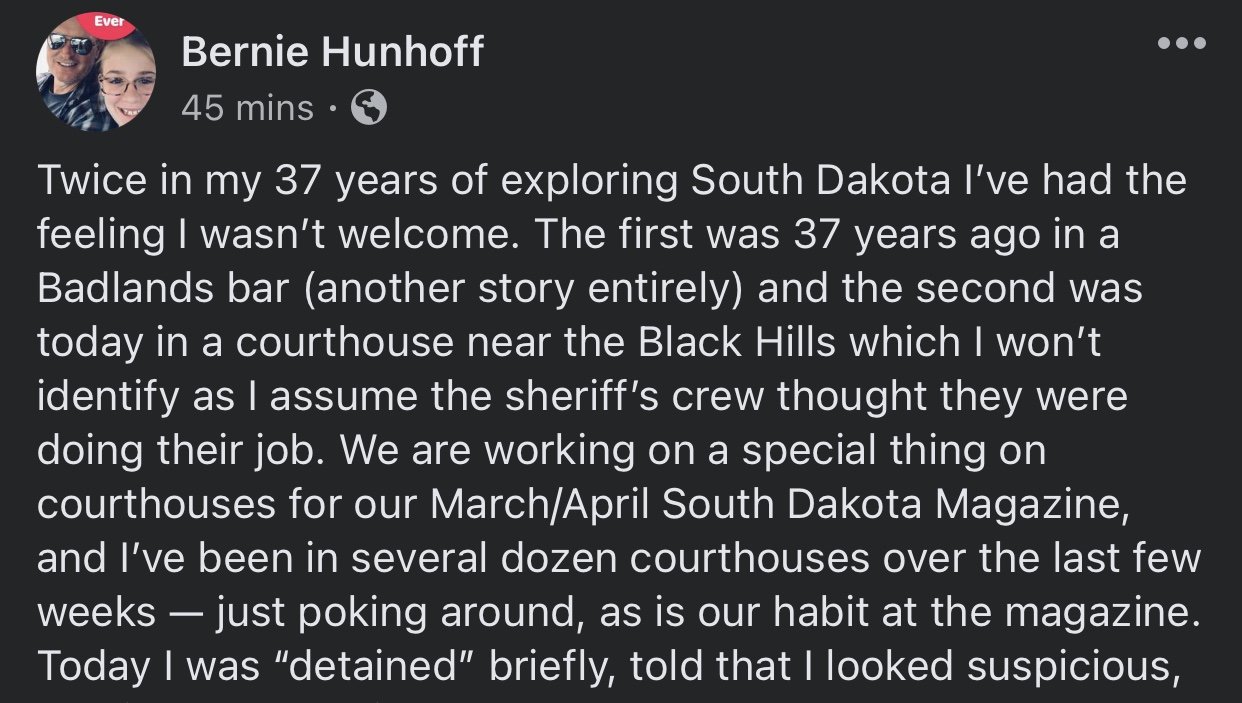 Twice in my 37 years of exploring South Dakota I’ve had the feeling I wasn’t welcome. The first was 37 years ago in a Badlands bar (another story entirely) and the second was today in a courthouse near the Black Hills which I won’t identify as I assume the sheriff’s crew thought they were doing their job. We are working on a special thing on courthouses for our March/April South Dakota Magazine, and I’ve been in several dozen courthouses over the last few weeks — just poking around, as is our habit at the magazine. Today I was “detained” briefly, told that I looked suspicious, walking around with that camera and notepad, and that I was under surveillance. Hmmm…. this in a state where one particular county commission (not the place I was detained) even passed an ordinance last year allowing guns in the courthouse? Democracy has a problem when a camera and notepad are considered suspicious. No hard feelings against the sheriff’s crew … and of course the good news is that every other South Dakota county official has been as welcoming as grandma at Christmas. But I think the world is a better place when people carry cameras and notepads. Actually, I think they can generally accomplish more than a gun.