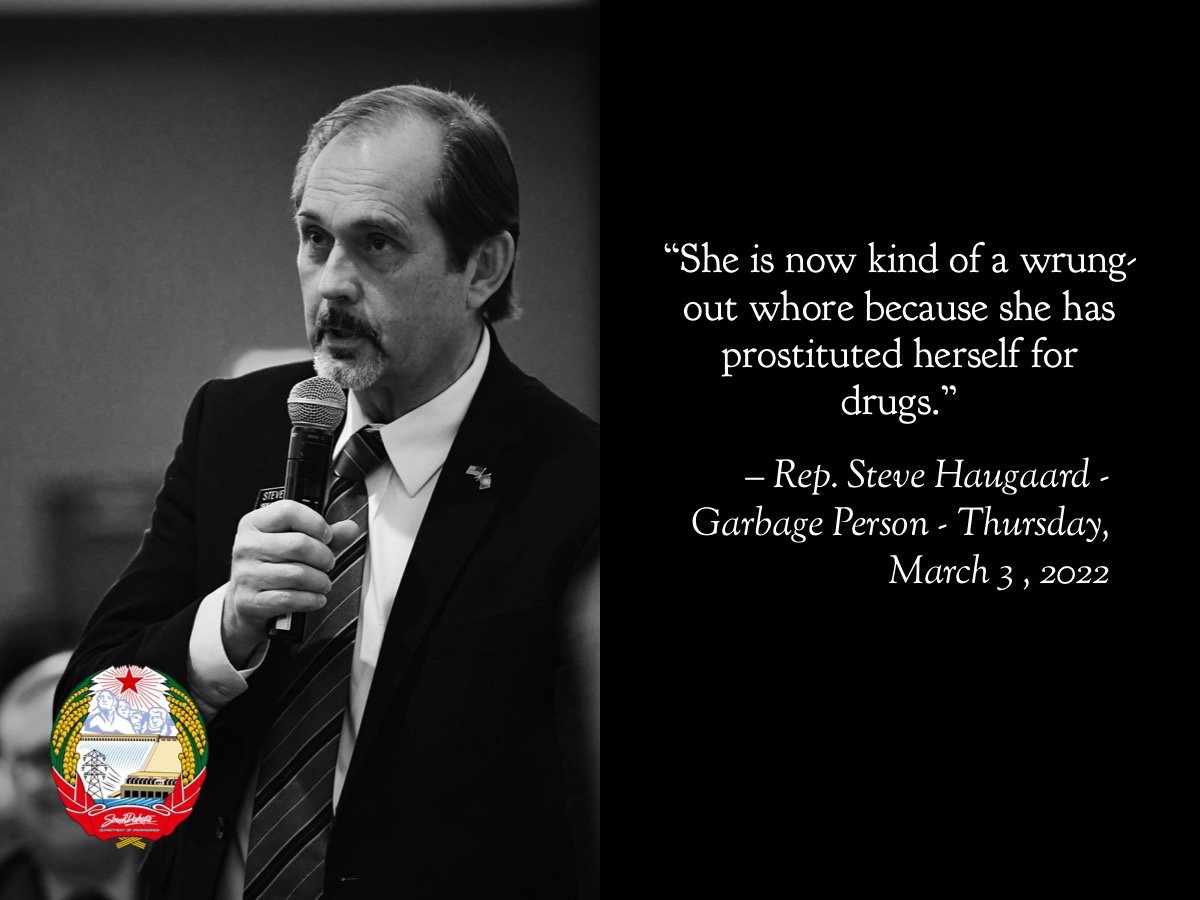 Yesterday’s comments from Rep. Haugaard are just the latest in a long pattern of demeaning and inappropriate comments and actions towards women:

During his brief and tumultuous tenure as Speaker, Haugaard enacted an anti-women dress code that may have been deemed outdated in 1889 when South Dakota first became a state, that mandated women in the state house to wear “hose,” skirts “below the knees,” and that no portion of their legs or their collarbones could show.

He was widely rebuked and then sued for singling out and banning a female lobbyist from the House floor, decided to settle, then asked Governor Noem to foot the bill and when she declined to have the taxpayers of South Dakota foot the bill for his mistakes, he ran to anyone else he could find to cover the legal fees that he would have been personally liable to pay.

Cats are the ultimate revolutionaries