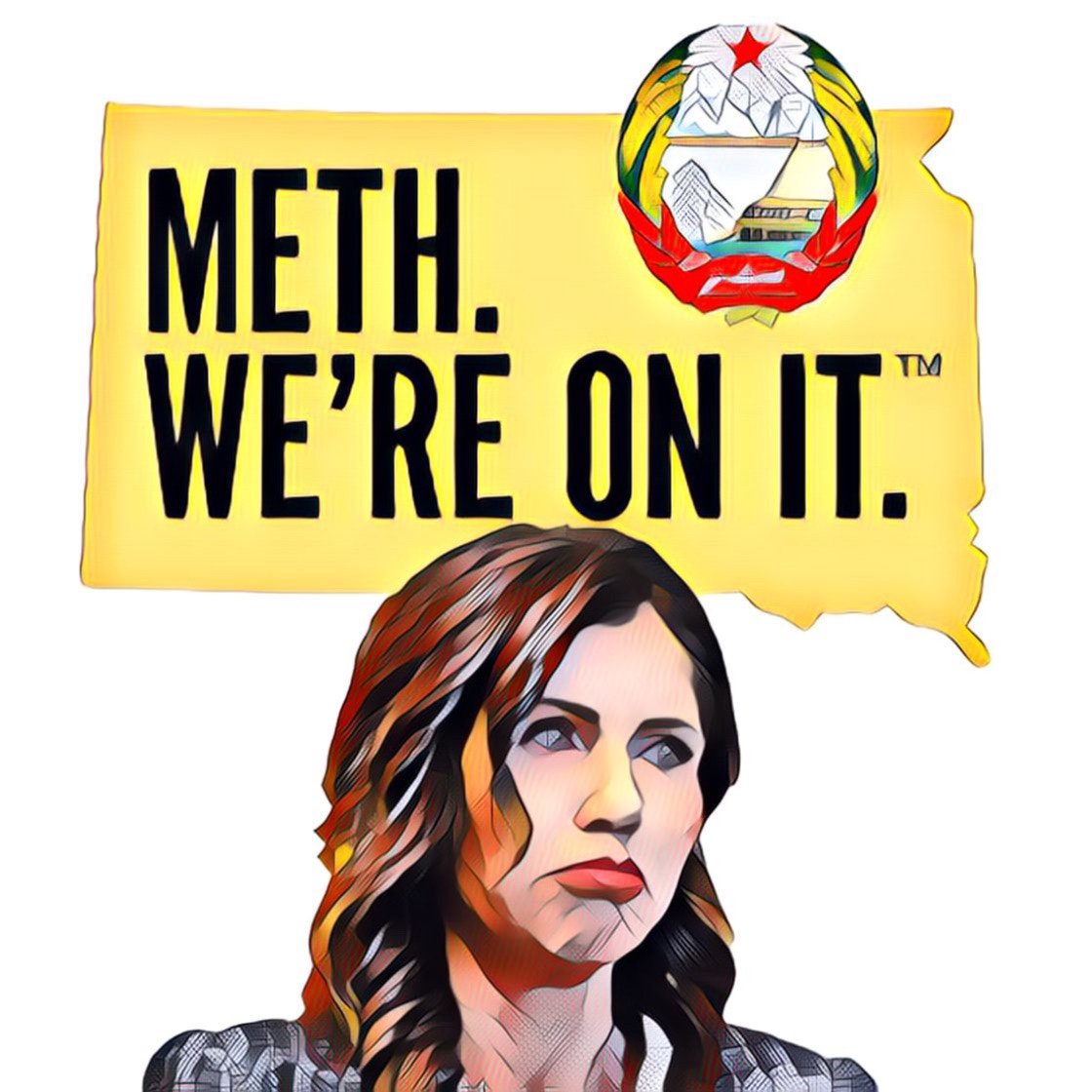 1-Her first duty as governor was to overturn the will of the people-She sued us with OUR tax money to repeal a measure that had a higher approval than she was voted in. In her words we made “the wrong choice”.

2-Nepotism-She strong armed a woman into quitting so her daughter could get her real estate appraiser license because she couldn’t pass it on her own. The appraiser got paid off. A panel has found Noem’s daughter got “unusual treatment”.

3-She did an absolute abhorrent job at telling her constituents factual information regarding Covid. This resulted in our state having the highest spread rate multiple times. Our death rate is also horribly high considering our low population.

5-She and her brothers have benefited from federal aid which is a conflict of interest.

6-When the hospitals in her state were begging people to get vaccinated because they were overflowing with patients, she called them liars.

7- She is helping further the fascist agenda with every post.

8-She sued the federal administration because she couldn’t have fireworks at Mount Rushmore even though there is a huge drought. But then the next day will post, thanking our fire departments for putting out wildfires. Well which is it?

9- She does everything she can to be divisive and hateful. Examples include the LGBTQ community. Or how about perpetuating critical race theory. It isn’t even taught in high school. It’s just meant to be divisive. Who does that benefit? Not her constituents. It’s all for the national stage.

10-She had a private citizen pay for OUR Nat’l Guard troops to be sent to Texas as a political op.

11-She is using our tax money to fly around the country for her own political gain. (Ethics violation)

12-She has had 5 chiefs of staff in three years. That shows a questionable work environment.

13-Meth we’re on it campaign. Paid millions for out of state advertising.

14-It was stated by the previous administration that the 1/2 cent sales tax they added would be removed once the state started receiving tax dollars from Amazon. So far Kristi has not honored that tax removal.

15-Built a fence around OUR governor’s mansion with OUR tax money.

16-We TAX PAYERS also FUNDED a news studio in Pierre to do FOX/OAN interviews only. She refuses to speak to any local media.

19-Flanderau dispensary opened, people are being arrested for possession if they are not tribal members and still continue to be harassed and arrested. Freedom for who?

20-Using her dad’s inheritance ie death as a political ploy by lying about the heavy burden brought on her family. It didn’t. They made bank.

23-When is she in our state? Spending all her time raising money for herself. Using a plane illegally. Using police force to “protect her”.

24-Turned down Trump’s additional $300 in unemployment benefits. Constituents are hurting but this will make HER look better on the national stage.

25-When she was congresswoman she wasn’t even around to vote.

27-No foreigners allowed to work at Racota Valley ranch

28-Wanted to allow people to drive through sovereign tribal lands during Covid.

29-Overworked prison guards were being shorted on holiday pay, Noem said she’d fix that. Did she?

30-Hiring out of state for her staff

31-Spending 1.6 mil on an out of state company for a website that doesn’t work.

32-Gave Covid relief to her brother to the tune of 500k. Remember she sent other money back that would have helped low income families and others who were struggling.

33-Son of a South Dakota Republican state senator received over a million in Covid relief funding for a business he says is located in Union Center but which public records and other data indicate acturally operates in Texas. South Dakota Covid PPP grants slated for SD 1 M lost to local SD businesses.

34-Pandora Papers-She was too busy to attend D.C. inquiry on the Pandora Papers where 360 Billion..her involvement as SD governor

35- Stripping women of their bodily autonomy. She has stripped away women’s access to healthcare and South Dakota women will die.

36- Failed to vet her donors and accepted contributions exceeding the legal limit from fringe individuals – like convicted killer Charles Pilkinton. After finding out about this she decided she won’t return the money